Two senior U.S. Department of Homeland Security officials have been forced to resign, and a senior cybersecurity official fears he will be fired by the Trump administration, according to news reports. 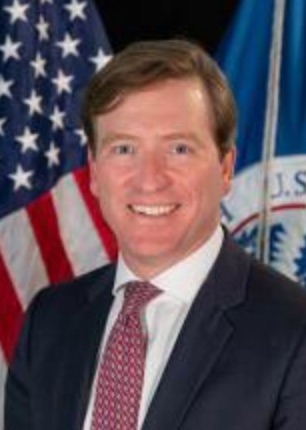 The loss of Krebs would “take away a strong leader at DHS and be disruptive at a time when the threat of disinformation and other malicious cyber activity remains great,” says Christopher Painter, who was the State Department’s top cyber diplomat until mid-2017 and is a former federal cybercrime prosecutor.

“It will make us more vulnerable and less able to respond,” Painter says.

Gregory Touhill, a retired U.S. Air Force brigadier general who was appointed by President Barack Obama as the first federal CISO of the U.S., called the reports of Krebs' potential departure "alarming."

"Chris' service to the nation has been sterling," says Touhill, who is now the president of AppGate Federal. "Our country remains under significant cyber risk, and Chris, leader of CISA - the country's risk adviser - is fully engaged thwarting those who seek us harm. To remove him, one of our key cyber leaders, in the middle of an ongoing cyber 'fire fight' with malicious cyber actors just doesn't make sense. I hope for the sake of our country it doesn't happen."

Krebs provided a steady hand for CISA during the election and received wide praise. Experts have said they hope for him to retained (see: What a Joe Biden Presidency Means for Cybersecurity).

"Whether you're with the federal government or the private sector or state and local government … we bring everyone together to share best practices and really consolidate knowledge,” Krebs said in an earlier interview with ISMG. “That's the advantage we have here at CISA. … We can bring everybody together to build a community of best practices and really put that leverage against our security problems."

“Let me just say for the record that I have a lot of trust issues with most federal cybersecurity leadership,” Williams tweets. “I didn't have that issue with Krebs - at all. This is the biggest continuity loss I've seen yet during the transition and one that will impact the nation's cybersecurity.”

Tom Kellermann, who served as a cybersecurity adviser to former President Barack Obama, says Krebs deserves credit for his leadership at CISA, especially in the run-up to the 2020 election.

"Christopher Krebs helped transform CISA and proactively led the effort to protect against cyberattacks from foreign adversaries," says Kellermann, who is now the head of cybersecurity strategy at VMware. "His departure would leave a significant void that could ultimately undermine public and private partnerships to combat the ongoing siege of cyberattacks from our nation-state actor enemies."

The staff departures at CISA come as President Donald Trump has thus far refused to concede the election to President-elect Joe Biden, who is tracking to win both the Electoral College vote and the popular vote.

The departure of senior officials in agencies critical for the national security of the United States has sparked questions about the country’s stability. It raises further tensions in what is usually a calm and orderly transition period before an elected president takes office on Jan. 20.

The New York Times reported on Monday that other officials at risk of being fired before Trump's tenure ends include FBI Director Christopher Wray and CIA Director Gina Haspel.

Democratic Sen. Ron Wyden of Oregon, who sits on the Senate’s Select Committee on Intelligence, expressed concern that the possible firing of Krebs could be part of a Trump plan to spread misinformation about the election.

“Under Chris Krebs’ leadership, CISA has been a trusted source of election security information,” Wyden tweets. “If Donald Trump fires him, it will suggest Trump is preparing to spread lies about the election from a government agency.”

As the news broke, Democratic Sen. Mark Warner of Virginia tweeted that Krebs “has done a great job protecting our elections.”

Chris Krebs has done a great job protecting our elections. He is one of the few people in this Administration respected by everyone on both sides of the aisle. There is no possible justification to remove him from office. None. https://t.co/WaOEiIlzKi

In the interview with ISMG earlier this year, Krebs noted that one of his goals at CISA was ensuring that his team had support in Congress for its mission, including election security.

Citing an anonymous source, Reuters reports that the White House was displeased with some of CISA’s work on the election. That included a section on its website called Rumor Control, which sought to debunk widely spread myths about the integrity of the U.S. electoral process.

Rumor Control listed circulating falsehoods - including that dead people could vote and that bad actors could change results without detection - and countered with why these statements were false.

An excerpt from Rumor Control, a section of CISA’s website that sought to dispel falsehoods about the integrity of U.S. voting (Source: CISA)

Election Day was uneventful on the cybersecurity front, an achievement widely attributed to hyper-alert U.S. intelligence agencies that sought to head off interference by countries such as Iran and Russia.

There have been concerns, however, that the period after the election could also pose opportunities for adversaries to spread misinformation or mount attacks (see: Post-Election Day: US on Guard for Hacking, Misinformation).

On Thursday, CISA released a joint statement with other government agencies, nongovernment organizations and voting equipment vendors saying that the Nov. 3 election “was the most secure in American history.”

“There is no evidence that any voting system deleted or lost votes, changed votes, or was in any way compromised,” the statement says.