A cybercrime gang called "Silence," which appears to have just two members, has been tied to attacks that have so far stolen at least $800,000, in part via ATM jackpotting or "cash out" attacks, warns Moscow-based cybersecurity firm Group-IB. Information security researchers have been tracking the gang since 2016, the company says.

"The group was named 'Silence' because of long pauses between their operations and low activity during the attacks," Rustam Mirkasymov, Group-IB's head of dynamic analysis of malicious code, tells Information Security Media Group.

The name was first applied to the attackers by Kaspersky Lab, based on its name for a backdoor they used. Last November, the security firm published a technical analysis of the tool as well as attacks that utilized it.

"The cybercriminals using Silence send spear-phishing emails as initial infection vectors, often using the addresses of employees of an already infected financial institution, with a request to open an account in the attacked bank," Kaspersky Lab said in its report. "The message looks like a routine request. Using this social engineering trick, it looks unsuspicious to the receiver." 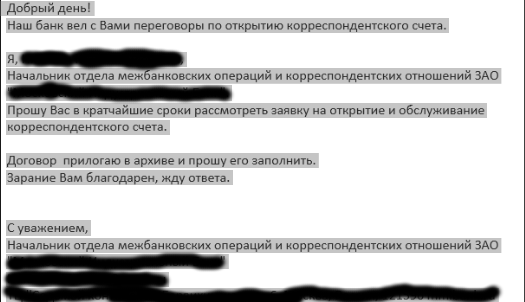 If attackers succeeded in duping a victim into opening the attachment, it would appear as a dropper that downloads additional malware onto the PC, including the ability to grab screenshots of the victim's PC, which attackers use to make "video recordings of the day-to-day activity on bank employees' PCs, learning how things works in their target banks, what software is being used, and then using that knowledge to steal as much money as possible when ready," Kaspersky Lab said.

As of September 2017, attacks tied to the group had compromised up to 10 banks in Russia, Armenia and Malaysia, Kaspersky Lab said, noting that such attacks remained ongoing.

Until earlier this year, the Cobalt gang appeared to be the dominant Russian cybercrime group. The group had been tied to the theft of as much as $1.2 billion from banks in 40 countries over a two-year period - at least until one of its alleged members was arrested in Spain in March.

Since then, researchers have seen a decline in attacks attributed to Cobalt. Meanwhile, Silence has become "one of the major threats to Russian and international banks," Group-IB says.

Silence's early attacks were amateurish, Group-IB reports. But it says the group's two members - one a developer, the other an operator who appears to have penetration testing experience - have been growing more sophisticated with each new attack campaign.

"Many of Silence's tools are legitimate; others they developed themselves and learn from other gangs," says Dmitry Volkov, Group-IB's CTO and head of threat intelligence (see Cybercrime as a Service: Tools + Knowledge = Profit).

"After having studied Silence's attacks, we concluded that they are most likely white hats evolving into black hats," who make ample use of all the cybercrime-as-a-service economy has to offer, he adds.

"The internet, particularly the underground web, favors this kind of transformation; it is far easier now to become a cybercriminal than five to seven years ago," Volkov says. "You can rent servers, modify existing exploits and use legal tools. It makes things more complicated for blue [good guy] teams and much easier for hackers."

The gang's scant manpower also "explains why they are so selective in their attack targets, and why it takes them so long - up to 3 months, which is at least three times longer than Anunak, Buhtrap, MoneyTaker and Cobalt - to commit a theft," Group-IB says, referring to other cybercrime gangs that, like Silence, appear to be run by Russian-speaking hackers.

Group-IB says the gang initially delivered phishing attacks via hacked servers as well as legitimate but compromised email accounts. Later, the gang graduated to registering its own phishing domains, backed by self-signed certificates to give them an air of authenticity. "Silence designs very well-crafted phishing emails usually purporting to be from bank employees," Group-IB says.

"To conduct their phishing campaigns, the hackers rent servers in Russia and the Netherlands. Silence also uses Ukraine-based hosting services to rent servers to use as [malware command-and-control] servers. A number of servers were rented at MaxiDed, whose infrastructure was blocked by Europol in May."

Group-IB's Mirkasymov says the tools that the Silence gang has used have included:

The gang has also used several tools that it obtained from external sources, Group-IB says: 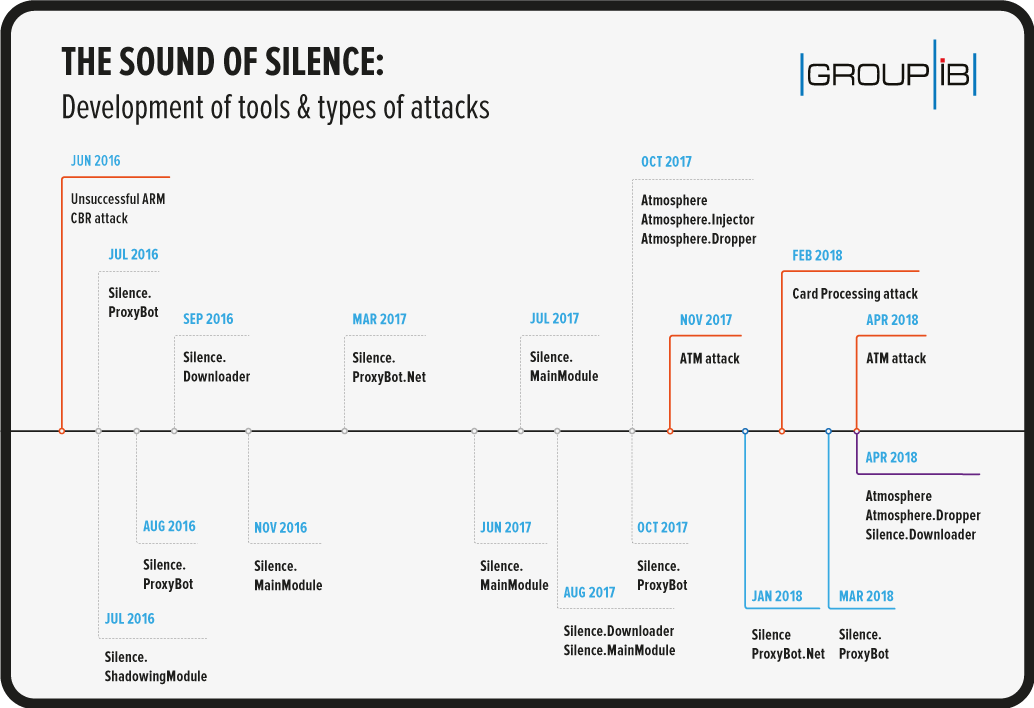 Group-IB says Silence's attacks so far have targeted institutions in Russia, Ukraine, Belarus, Azerbaijan, Poland and Kazakhstan. But it notes that the gang's phishing emails have been sent to bank employees across in central and western Europe, as well as Africa and Asia.

Beyond those attacks, Group-IB says that it believes that there "there have been other successful attacks on banks" also carried out by the group, noting that the pace of its attacks has been intensifying since late 2017, apparently as the group's two members become more skilled.