Forty-three states have reached a settlement with Neiman Marcus over its 2013 data breach, one of several breaches from that period blamed on card-scraping malware.

Under terms of the deal, the Dallas-based luxury department store chain must pay the states a total of $1.5 million, according to Texas Attorney General Ken Paxton. Neiman Marcus must also put in place security measures to protect plaintext cardholder data.

Attorneys general in Connecticut and Illinois led the legal action against the retailer. 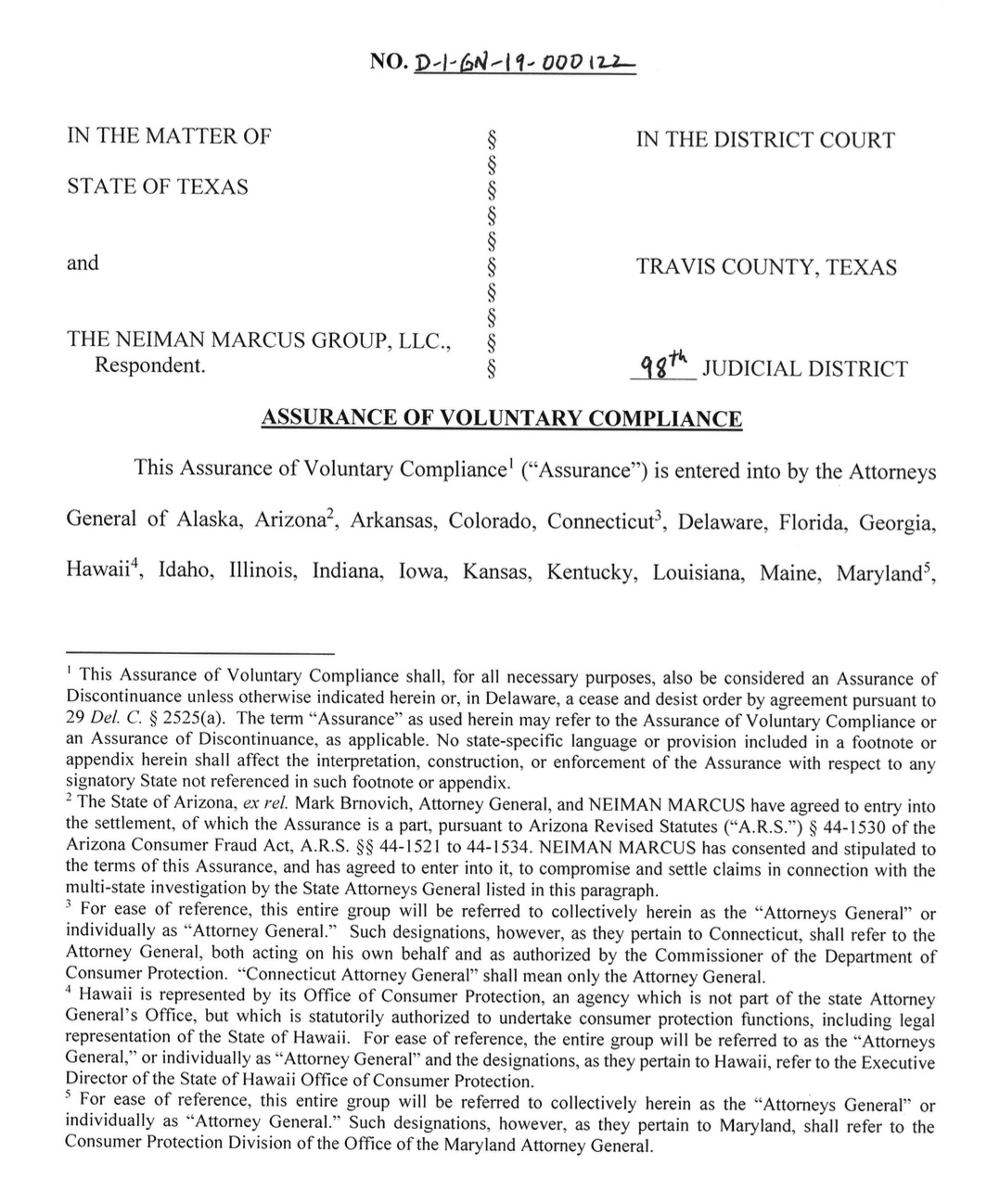 At Neiman Marcus, the card-scraping malware, active between July and October 2013, grabbed information for 370,000 payment cards. At least 9,200 of those cards were fraudulently used, Paxton says.

Consumers filed six class-action suits against Neiman Marcus as a result of the breach, according to the company's latest annual report. Five were voluntarily dismissed. For the sixth suit, a federal court in Illinois in September 2018 decertified the settlement class, and no settlement remains pending.

In a letter to Blumenthal, the CIO of Neiman Marcus at the time, Michael R. Kingston, said that the retailer was unaware that it systems had been penetrated until it was contacted by its merchant processor on Dec. 13, 2013. The merchant processor had in turn been alerted by Visa, after it detected the fraudulent use of cards at a small number Neiman Marcus stores.

It wasn't until Jan. 2, 2014, that one of two digital forensic firms retained by the department store chain confirmed that malware had covertly collected payment card details, Kingston wrote. The malware was complex, and encrypted the stolen payment card data before exfiltration, which investigators then needed to decrypt, he explained.

"It was only after this decryption process was concluded that we were able to determine that payment card information had been captured," Kingston wrote.

Attackers snuck malware onto systems inside 77 Neiman Marcus stores. The retailer doesn't appear to have ever confirmed the strain of malware that attackers used, although at the time, many security experts believed that it was similar to the card-scraping malware used against Target.

That type of malware, known as RAM scraper, captures data when a card gets swiped and when the data is still in the memory of a point-of-sale system. Many security experts suspect that Target was hit with a variant of RAM-scraping malware called Kaptoxa - potato in Russian - which is sometimes referred to as BlackPOS.

The malware that infected POS systems at Neiman Marcus wasn't completely disabled until Jan. 10, 2014, Kingston wrote. That same day, Neiman Marcus began sending emails to 2,400 account holders for which it had contact information, and it also began preparing letters for any affected customers for which it had an address on file. Also, then-CEO Karen Katz published a public data breach notification letter on the retailer's website on Jan. 16, 2014.

Although PCI-DSS compliance is far from a foolproof breach preventer, the advent of memory-scraping malware meant defenders could not necessarily rest easy that their systems were secure, even if they had recently had a clean audit.

As part of the newly announced settlement with states, Neiman Marcus is required to continue to ensure it complies with PCI-DSS. It also must have two digital forensic firms on retainer to investigate incidents, and one of those companies must not have been involved in helping the company comply with PCI-DSS.

On the technology front, Neiman Marcus is required to implement EMV-capable systems, something that Kingston expressed doubt about in early 2014 before a Senate panel due to its immaturity in the U.S. at the time (see: Target, Neiman Marcus Differ on EMV).

The agreement also requires Neiman Marcus to ensure that if attackers manage to steal payment card data, it will be unusable.