CPUs Shipped From 2011 Onward Have Flaws of the Meltdown and Spectre Variety Mathew J. Schwartz (euroinfosec) • May 15, 2019

Researchers have identified fresh flaws in Intel processors that attackers could exploit to steal private data from PCs and servers, including cloud environments.

The vulnerabilities, dubbed "ZombieLoad" by the researchers who discovered them, could be used to steal sensitive data from affected systems.

Intel refers to the vulnerabilities as microarchitectural data sampling, or MDS, which can be exploited by attackers to access data being used not just by applications, but also containers and virtual machines.

"MDS may allow a malicious user who can locally execute code on a system to infer the values of protected data otherwise protected by architectural mechanisms," Intel says in a technical deep dive.

Security experts say the patches will help prevent the vulnerabilities from being exploited, but that the only way to fully block attacks outright is to disable hyperthreading, Intel's implementation of simultaneous multithreading that improves a CPU's power and performance by giving it the ability to perform multiple tasks at the same time.

Intel says that disabling hyperthreading may reduce processor performance by up to 9 percent, particularly in some cloud environments. 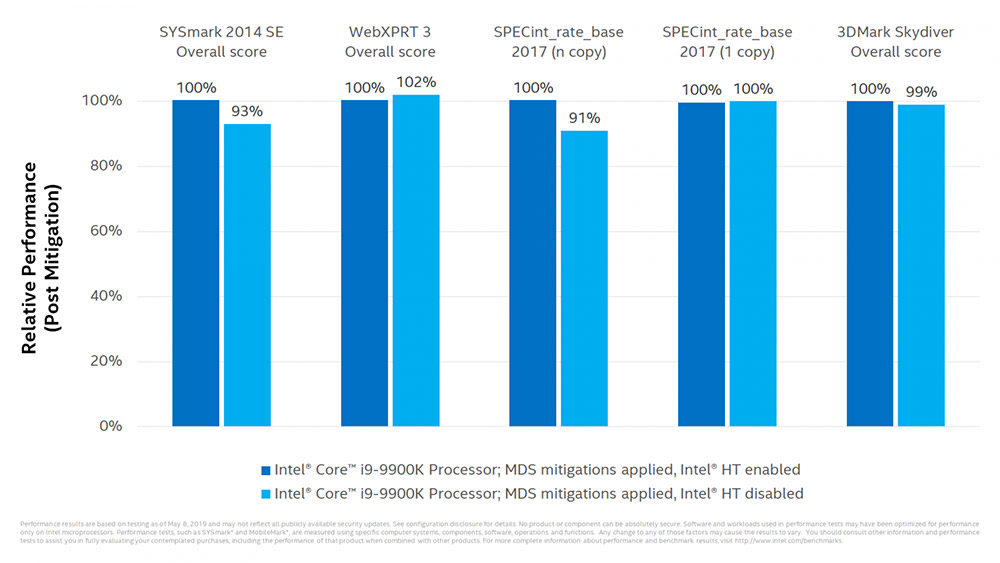 ZombieLoad was discovered and reported by Michael Schwarz, Moritz Lipp and Daniel Gruss at Austria's Graz University of Technology, together with Jo Van Bulck at Belgium's KU Leuven, who have created a website devoted to the vulnerabilities and published a research paper.

"ZombieLoad is a novel category of side-channel attacks which we refer to as data-sampling attack," the researchers say in a Tuesday blog post. "While programs normally only see their own data, a malicious program can exploit the fill buffers to get hold of secrets currently processed by other running programs. These secrets can be user-level secrets, such as browser history, website content, user keys, and passwords, or system-level secrets, such as disk encryption keys."

The researchers say any "modern Intel Core or Xeon CPU" released from 2011 onward is likely vulnerable. 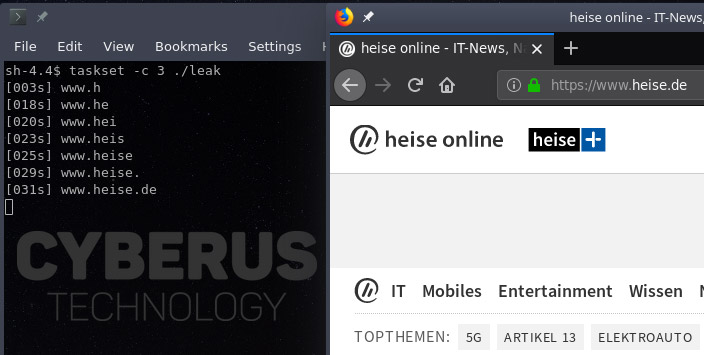 The researchers who discovered the vulnerabilities published this proof-of-concept demonstration showing how an unprivileged attacker - who has the ability to execute code on a system - can reconstruct URLs being visited in Firefox.

They have published ZombieLand proof-of-concept exploit code to GitHub.

Life After Spectre and Meltdown

The ZombieLoad research follows January 2018 warnings over Spectre and Meltdown. Both are flaws in predictive computing, a concept that dates from 1967 but which wasn't put into practice until the 1990s. Since then, the technique has been used to increase the speed of computers in a manner that is built into CPU hardware, including chips manufactured by Intel, AMD and ARM.

"Microcode patches are available for the store buffer attack, but to fully protect against the fill buffer and load port variants, IT administrators must disable Intel Hyper-Threading," Red Hat says.

Whether the ZombieLand vulnerabilities have been exploited in the wild remains unknown.

Intel says that attempting to use MDS methods to infer data would likely be difficult and potentially time-consuming. "Malicious actors may need to collect significant amounts of data and analyze it to locate any protected data," it says.

Intel told Wired that its own researchers discovered the MDS vulnerabilities last year. The processor manufacturing giant on Tuesday began shipping microcode updates designed to block these vulnerabilities from being exploited by clearing data from CPUs more quickly. Some current processors already have built-in mitigations.

Microsoft on Tuesday released software updates to mitigate the vulnerabilities. "To get all available protections, firmware (microcode) and software updates are required," Microsoft says. "This may include microcode from device OEMs. In some cases, installing these updates will have a performance impact. We have also acted to secure our cloud services."

Google says it has opted against trying to mitigate MDS vulnerabilities in Chrome and advises users to use OS-level mitigations.

The researchers who discovered the flaws say that there are multiple ways to partially mitigate the risk that the vulnerabilities can be exploited.

"The safest workaround to prevent this extremely powerful attack is running trusted and untrusted applications on different physical machines," they say. "If this is not feasible in given contexts, disabling hyperthreading completely represents the safest mitigation. This does not, however, close the door on attacks on system call return paths that leak data from kernel space to user space."

DNS Flaw Can Be Exploited for DDoS Attacks