The Federal Reserve on Jan. 26 revealed its roadmap for an overhaul of the U.S. payments system, which includes plans for faster settlement in all payment categories and near real-time settlement of peer-to-peer payments.

The Fed's plans for infrastructure enhancements have been anticipated since last year, when the Fed said security and faster payments would be two key components of its upcoming long-term plan (see Revamping the U.S. Payments System).

On Jan. 26, during a call to announce its roadmap, Federal Reserve System staff noted that the plan would be evolving; what was released merely outlines goals, they said.

The Fed has no plans, at this point, to mandate rules for faster payments, but instead wants to lean on the private sector to implement its recommendations, as well as the technologies needed to ensure payments are secure.

But if the private sector is not able to make notable progress that aligns with the Fed's plan within a reasonable period of time, the central bank will reconsider whether it needs to play a more hands-on role.

Some industry sources say the Fed's push for faster payments has lost momentum because most bankers were expecting the roadmap to be released months earlier. Still, the goals noted by the Fed in its roadmap are welcomed by most bankers, sources contend, and so long as the Fed stands behind the roadmap it has laid out, progress will be made.

Cary Whaley, vice president of payments and technology policy for the Independent Community Bankers Association, says the Fed's leadership has been essential to this point, but it is important for the Fed to keep pressing forward.

"The most important part is that they've committed themselves to be a builder of the map, but they've not committed to build the roads," Whaley says. "While the proposed work groups will do much to build momentum, the initiative won't be in full throttle until the Fed commits to an operational role, much like they do for ACH, checks and wire transfers."

But Avivah Litan, a fraud expert and distinguished analyst at consultancy Gartner Research, says the Fed has been wise to not set too many rules too early, especially in the realms of tokenization and authentication.

"The Fed should stay away from talking about specific technologies and stick to guidelines and principles," she says. "Then, if they set up an entity to manage standards and more detailed technology guidelines, that entity can address technologies, like tokenization. ... The Fed is not willing to step out of its mandate to develop standards here. The private sector is working on it and has developed innovative solutions, but what's missing from those solutions is a dependable electronic identity authority. Some governments are willing to be that authority - that is not the case in the U.S. And that's probably a good thing."

The Fed has outlined five desired outcomes it would like to see the private sector achieve within the next 10 years. These five outcomes include:

During the call, Fed staff noted that the central bank is encouraging the payments industry to support innovations that could help speed person-to-person, business-to-business and person-to-business payments so that they could be conducted in near real-time through mobile devices.

By the end of 2016, the Fed plans to offer this type of net settlement on a 24/7 basis, essentially making NSS transactions real-time.

In a 58-page roadmap report, called "Strategies for Improving the U.S. Payment System," also released Jan. 26, the Fed calls for establishing a task force that will advise the Fed about how reduce payments fraud while also advancing resiliency of the payment system.

Payments security is a big worry for the industry, the report notes, pointing out that industry input collected over the last 18 months highlighted the need for the development of a fraud database. The Fed also notes that not all security and fraud concerns have yet been fleshed out, and that the security gaps noted in its report do not reflect a comprehensive list; more input from the industry is needed.

In September 2013, the Fed published a consultation paper about payments improvements; the central bank asked for public comment by December 2013. Much of that public and industry feedback was considered during the development of this just-released report, the Fed says. More than 200 written comments were received from various payments players, and synopses of those comments are included in the report's appendix.

"Many suggested that the industry work together to develop a coordinated fraud database and to enhance other fraud information services," the report states. "Many also advocated for the development and adoption of standards for user and device authentication, tokenization, dynamic credentialing (like EMV) and encryption - especially if a (near) real-time payment solution is developed and implemented. Many believe consumers need better education and incentives to motivate them to make fraud-reducing payment choices."

The Fed also plans to launch a task force that will focus on best ways to implement faster payment capabilities through collaboration with the industry and consumers, the report notes.

To begin the next phase of industry engagement, Esther George, president of the Federal Reserve Bank of Kansas City and a member of the Federal Reserve's Financial Services Policy Committee, and Federal Reserve Board Governor Jerome H. Powell, who will co-chair the initiative's oversight committee, are hosting a webcast on Jan. 29 at 1 p.m. ET to discuss the Fed's vision for the future of U.S. payments and plans for collaboration with stakeholders to achieve shared goals.

Subsequent FedForum teleseminars will be held Feb. 4 and Feb. 10 to present an overview of the strategies and provide a question-and-answer session. Registration for the FedForum events is available online at FedPaymentsImprovement.org. Questions for the Jan. 29 webcast may also be submitted in advance through the registration page.

The Fed will continue to seek input and communicate progress about its initiatives through live and virtual forums, surveys, industry- and Fed-sponsored groups and events, as well as online feedback mechanisms. To receive communications and invitations, join the FedPayments Improvement Community at FedPaymentsImprovement.org.

How To Protect Your Web Applications 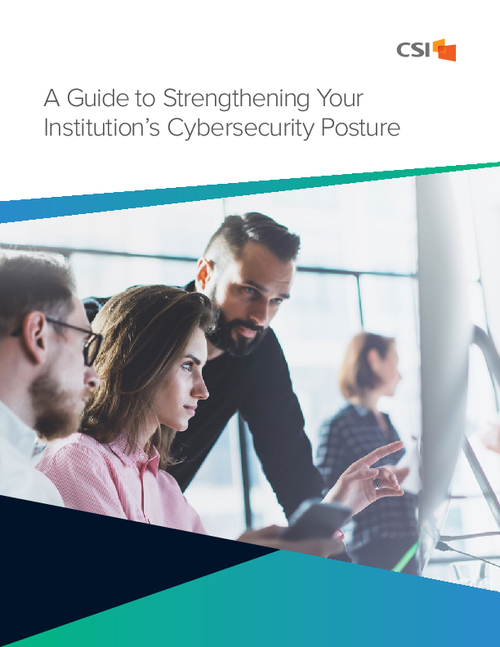