Democratic lawmakers on the House Committee on Financial Services last week outlined several provisions of the proposed America COMPETES Act, a measure to counter anti-competitive actions taken by China. Cryptocurrency advocates were quick to criticize one of its proposals, citing privacy and due process concerns. This week, the congressman who authored the measure proposed an amendment to soften the language.

Rep. Jim Himes, D-Conn., has proposed an amendment to narrow the financial crimes provision that would have drastically heightened the authority of Treasury Secretary Janet Yellen, Politico reported. The "special measure" would have allowed the secretary to unilaterally monitor and ban certain financial transactions, including those conducted over crypto exchanges. The proposal was put forward to counter illicit finance - including the use of crypto in ransom payments.

Crypto advocates, however, reacted quickly, calling the move an overreach by lawmakers to rein in digital currencies. Himes now seeks to add a public comment section that would allow stakeholders to weigh in on related Treasury actions.

Last week, Ted Budd, a GOP congressman from North Carolina, took to Twitter, claiming that the provision gave Treasury "unilateral" powers. He too had offered an amendment to remove the language.

The House reportedly intends to vote on the measure this week. The Senate version passed in 2021 - without the provisions since debated by the crypto community.

The nonprofit crypto policy advocate group Coin Center was the first to flag the proposal on Twitter, saying Yellen would be afforded "unchecked and unilateral power" to ban financial institutions, including regulated exchanges, from engaging in transactions.

The House committee first said that Himes' proposal would "streamline the process by which special measures may be introduced, and modernize the authorities granted to the Financial Crimes Enforcement Network," allowing it to pursue bad actors, including those laundering the proceeds of Chinese ransomware attacks.

Still, Coin Center Executive Director Jerry Brito tweeted that if passed, the measure would "be disastrous not just for cryptocurrency but for privacy and due process generally," claiming it would have eliminated public involvement required by the Bank Secrecy Act. 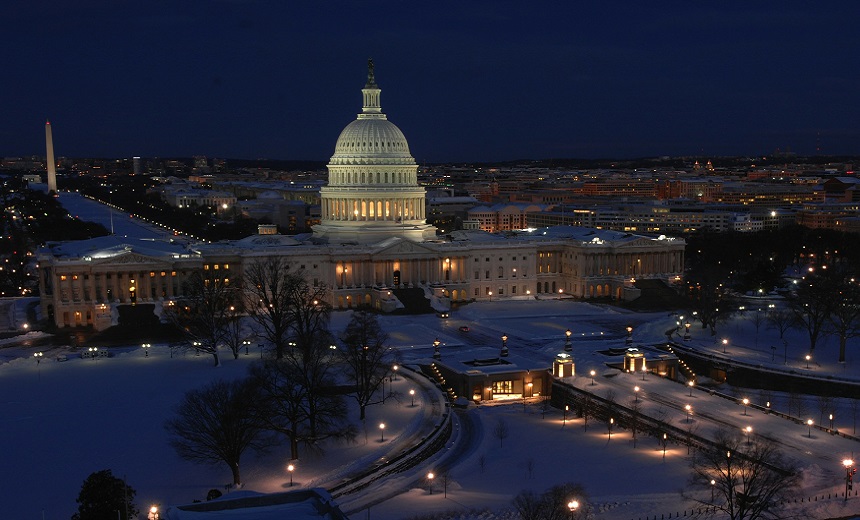 And Brito tweeted on Monday: "I'm happy to report @jahimes has listened to our voices and looks like the notice and comment protections in the COMPETES Act related to special measures will be retained!"

Blockchain Intelligence Group's Director of Training and Regulatory Affairs Michael Fasanello, who has served in various roles within the U.S. Justice and Treasury departments, warns, however: "The cryptoverse is not out of hot water yet - the bill would have to be passed in its amended form (if at all) in order to alleviate the concern posed by the original language."

Elsewhere in the cryptocurrency space, a proposal announced by the Securities and Exchange Commission last Thursday would amend its definition of a securities exchange to include systems that allow investors to communicate trading interest.

The broader approach, crypto advocates warn, could capture decentralized finance, or DeFi, exchanges - making them subject to SEC regulations, including requirements to register as a securities broker.

DeFi protocols do not rely on traditional financial intermediaries and instead are powered by peer-to-peer contracts, across open-source software applications called decentralized apps, or DApps. They have been the target of cybercriminals in recent months, including the massive $600 million Poly Network hack in 2021.

In a blog post, crypto expert Gabriel Shapiro writes: "Because the proposal achieves this expansion by providing new restraints on 'communication protocols,' I believe it may also be unconstitutional as a restraint on free speech." He warns that the requirements could land on the block explorer and analytics platform Etherscan, since it too allows user interaction regarding trading interest.

And in a dissenting statement on the SEC's proposal, Commissioner Hester Peirce, nicknamed "Crypto Mom," criticized the length of the document, the proposed 30-day review period, and the classification of communication protocols as securities exchanges - suggesting this may entail undue reporting requirements.

"This change could deter innovation and dissuade new entrants from entering into the market for trading venues and execution services," she wrote. Peirce later told Bloomberg that the update could be applied to crypto exchanges.

On Twitter, B.I.G.'s Fasanello also commented: "Pair [the COMPETES Act verbiage] with the @SECGov trying to rewrite the definition of #exchange and, well ... you get the picture."

In the Treasury Department's semiannual agenda and regulatory document, which is meant to outline its oversight plans, officials have included a clause around reporting and know-your-customer requirements for virtual currencies held in self-hosted wallets, or those not controlled by a financial institution or service.

The measure, if adopted, would empower FinCEN to mandate record keeping and reporting for banks and money service businesses, for related transactions. A version of the rule was originally introduced in 2020 by then-Treasury Secretary Steve Mnuchin, though it was later removed.

It has remained a contentious issue, with crypto advocates saying compliance can be difficult, impossible or burdensome. Its inclusion in the agenda is not a guarantee it will be adopted, and it may be revised or removed outright.

The agenda was published in the Federal Register on Monday.

Regulation in the space, to date, has proven challenging, given interagency jurisdictional boundaries. Last week, it was reported that the White House is expected to outline executive action on cryptocurrencies. And SEC Chair Gary Gensler has been an advocate of cryptocurrency regulation - calling the assets "rife with fraud, scams and abuse."

The sentiment around crypto regulation has largely been split down party lines, with Republicans in favor of less-stringent measures so as not to curtail innovation. Some Democrats, on the other hand, including Sen. Elizabeth Warren, D-Mass., have been outspoken critics of crypto's volatility and lax cybersecurity.