The Trump administration has eliminated the top cybersecurity coordinator role in the White House. The decision has earned a sharp rebuke from information security experts, lawmakers and former government officials.

But the move doesn't come as a surprise, following Politico reporting last week that John Bolton, Trump's new national security adviser, had been pushing for the role to be eliminated as part of a bid to consolidate his power (see White House Might Eliminate Cyber Coordinator Role).

On Friday, Rob Joyce, the outgoing White House cybersecurity coordinator, returned to the National Security Agency. White House staffers had reportedly been told by Bolton's office to not recommend any replacements for Joyce.

The cybersecurity coordinator, created by President Barack Obama at the start of his first term, led a team of National Security Council staffers who coordinate the administration's approach to numerous matters, including developing encryption policies, tackling election security and responding to nation-state hackers.

Bolton's plan now appears to have been put into action. Politico reports that it has obtained a Tuesday email sent by Bolton aide Christine Samuelian to NSC staffers. In a bid to "streamline authority," she said in the email, "the role of cyber coordinator will end" and instead be handled lower down the rung, by the NSC cyber team's two existing senior directors.

Such a move, however, represents a demotion for cybersecurity in the White House.

"It's a tragedy," Chris Painter, who served in the role under President Obama before serving as the U.S. State Department's coordinator for cyber issues, said via Twitter.

"Structure isn't everything, but structure speaks to priority and ability to drive decisions and coordinate oft disparate views," he said. "Every study, commission or other review suggested higher not lower placement" for a White House cybersecurity role.

Sen. Mark Warner, D-Virginia, who serves as the vice chairman of the Senate Intelligence Committee, also criticized the White House eliminating its top cybersecurity role, especially given the increase in online threats emanating from Russian, China, Iran and North Korea.

"Mr. President, if you really want to put America first, don't cut the White House cybersecurity coordinator - the only person in the federal government tasked with delivering a coordinated, whole-of-government response to the growing cyber threats facing our nation," Warner said in a Tuesday tweet. "Frankly it's pretty troubling that the same forces in the administration who aggressively pushed for the U.S. to exit the Iran deal are now seeking to eliminate the exact position that will be tasked with assessing and responding to Iran's cyber aggression."

Here's the point: we should be investing in our nation's cyber defense, not rolling it back. We also need to articulate a clear cyber doctrine. I don't see how getting rid of the top cyber official in the White House does anything to make our country safer from cyber threats.

Within hours of the news breaking, Reps. Jim Langevin, D-R.I., and Ted Lieu, D-Calif., introduced legislation that would reinstate the coordinator's office and give him or her explicit power to review federal agency information security programs and budgets and to make recommendations for any changes to the president, NextGov reports.

Eliminating the top cybersecurity job in the White House is the latest move by an administration with an uneven information security track record.

On the plus side, the White House in May 2017 issued a new cybersecurity executive order, and in December 2017, it called out North Korea for being behind the WannaCry ransomware outbreak. Both of those moves were shepherded by Tom Bossert, who served as the White House assistant for homeland security and counterterrorism from the start of Trump's administration until last month, when he was reportedly ousted by Bolten. 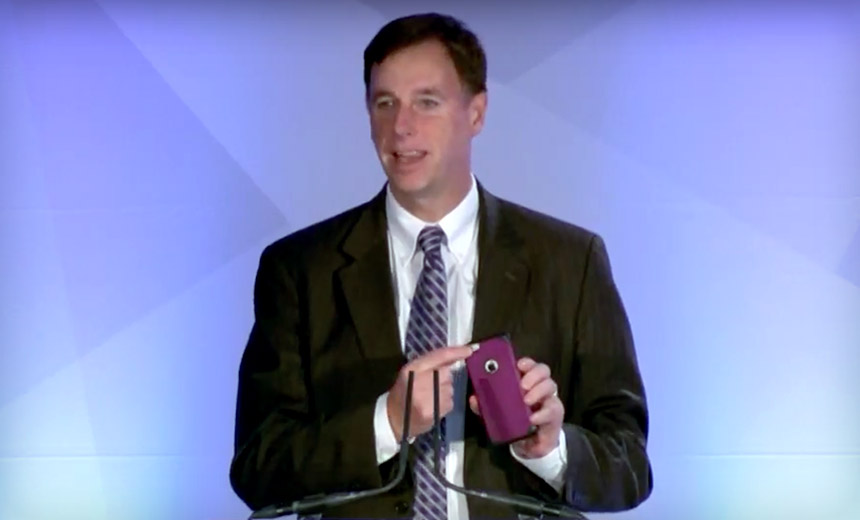 Joyce, who reported to Bossert, previously led the NSA's top offensive hacking team. While serving as the White House cybersecurity coordinator, he earned plaudits for his technical expertise and also drove the administration to hold the nation-states behind state-sponsored hacking campaigns to greater account. Via the so-called Vulnerabilities Equities Process, he also reportedly pushed for the U.S. government to share more vulnerability details with the private sector.

Tallying up cybersecurity negatives, the Trump administration blew a self-imposed deadline in April 2017 to report on how the U.S. government would defend itself against cyberattacks.

Trump also waited for more than a year after taking office to address the Russian government's interference in the 2016 U.S. presidential elections, after questioning multiple times whether it had really happened and quoting Russian President Vladimir Putin's denials to that effect (see US Election Interference: White House Response Questioned).

In February, Mike Rogers, then the head of the National Security Agency and U.S. Cyber Command, said that the White House had not authorized the NSA to confront Russian election hacking at the source (see Russian Meddling: Trump Hasn't Ordered Direct NSA Response).

In March - 17 months after the U.S. intelligence community unanimously blamed Russia for interfering in elections and 14 months after Trump took office and - the White House finally responded by imposing sanctions on five Russian entities and 19 Russian individuals.

Amid Special Counsel Robert Mueller's investigation into Russian interference, Trump subsequently retained Giuliani - who advised him during his presidential election campaign - as an attorney. And earlier this month, Giuliani revealed that Trump had repaid a $130,000 payment by "fixer" Michael Cohen to adult film star Stormy Daniels.

Records or reports from Giuliani's promised cybersecurity meetings have yet to surface.