Report: Healthcare Is No. 1 - For Breaches

Healthcare organizations - especially those that have been hit with phishing attacks - won't be surprised to learn that a new report shows the healthcare sector was the No. 1 target for major data breaches last year. And the No. 1 cause of breaches across all industries was phishing.

Those findings come from the law firm BakerHostetler's fifth annual Data Security Incident Response Report. It's based on insights from its legal work with the victims of more than 750 U.S. data breach incidents in 2018. 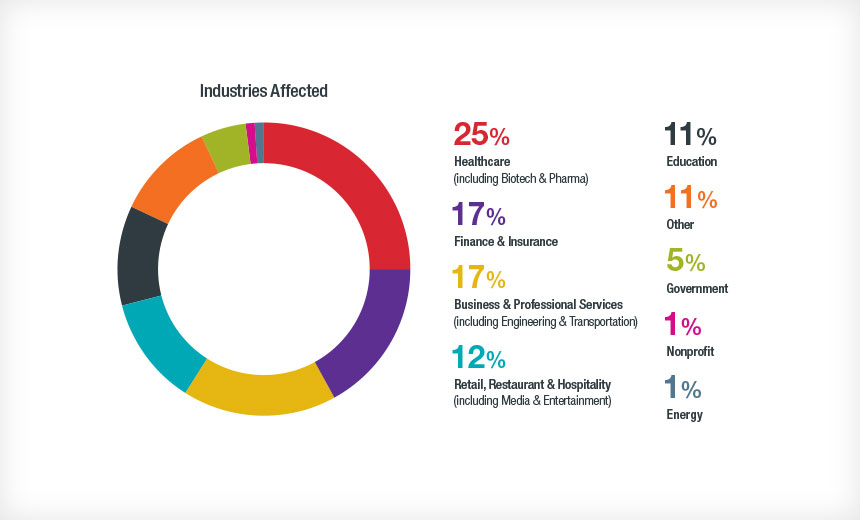 I frequently write about phishing incidents that are added to the Department of Health and Human Service's HIPAA Breach Reporting Tool, the official health data breach tally. But the BakerHostetler findings put the security challenges facing all industries into perspective.

For instance, while phishing was involved in 37 percent of incidents in all sectors, other common causes were network intrusions (30 percent); inadvertent disclosures (12 percent); loss or stolen devices/records (10 percent); and system misconfiguration (4 percent).

Other top breach trend findings across all industries:

When it comes to the healthcare sector and its vulnerability to cyberthreats, a separate new study released Thursday by the security consultancy CynergisTek places part of the blame on an overemphasis on regulatory compliance, rather than on efforts to adopt more robust standards, practices and security controls - such as those laid out by the National Institute of Standards and Technology Cybersecurity Framework.

The BakerHostetler report highlights several risk management steps that organizations should take, including:

What steps is your organization taking to defend against cyberattacks?

Report: Healthcare Is No. 1 - For Breaches