Android's Popularity Has Its Costs

The big news from the past week's McAfee Threats Report: Second Quarter 2011 is the monumental jump in malware aimed at Android mobile devices, up 76 percent in just three months, making the OS developed by a Google-led consortiums the most attacked mobile operating system by far.

McAfee says the count of new Android-specific malware attacks, 44 instances, moved the mobile OS to No. 1, with J2ME (Java Micro Edition), at 14 instances, coming in a distant second. Symbian, Nokia's mobile OS, and BlackBerry each had four instances. 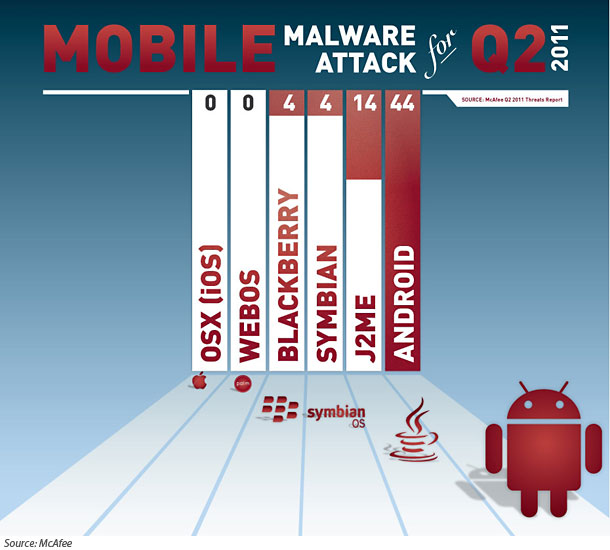 Android is big, making it a more attractive target for hackers. In its latest report, Millennial Media said the Android OS captured 61 of ad impressions on the mobile ad network in July, a 7 percentage point gain from June, widening its lead over Apple's iOS since surpassing it in January. Last month, Apple's iOS dropped to 21 percent of impressions in July from 26 percent in June. 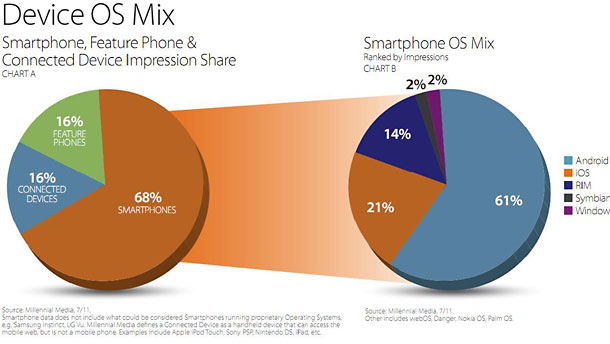 The author's of the McAfee report caution that the increase in threats to the popular Android platform should make users evaluate their behavior on mobile devices and the security industry's should rethink its preparedness to combat this growth.

Somehow, bargain basement prices in the U.S. for e-mails don't seem like a great deal for those getting spammed. 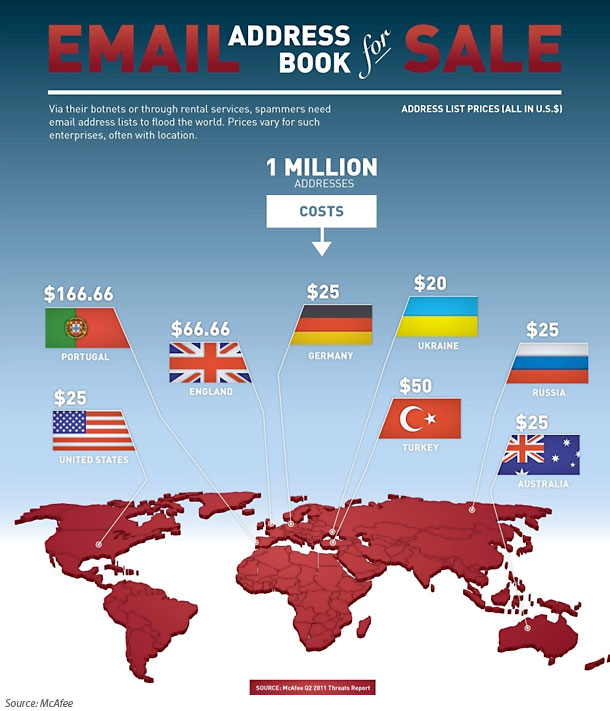 Android's Popularity Has Its Costs