Security operations stalwart Arctic Wolf has taken on more than $400 million in debt to pursue acquisitions in the cloud, SIEM, endpoint and XDR markets.

The Minneapolis-area vendor says the convertible notes will fuel an upcoming launch in the Asia-Pacific region, expansion in markets such as South Africa, Benelux and the Nordics, and expanded capabilities in adjacent technology areas from awareness to detection to remediation. A convertible note is a form of short-term debt that converts into equity in conjunction with either a future financing round or IPO.

"We wanted to make sure our flexibility would last regardless of the length of the potential macroeconomic challenges and also have the ability to be opportunistic in the M&A environment," President and CEO Nick Schneider tells Information Security Media Group. The financing is structured so that the debt converts to shares at a premium of the initial public offering price, Schneider says.

'There's Not a Willing Dance Partner'

"Folks are going to start to look at acquisition as a viable exit, as opposed to at the height of the market, where attention was focused more along the lines of fundraising," Schneider says. He says Arctic Wolf is focused on deals that are a good fit from a technology, team, culture and growth trajectory standpoint.

The company was planning to pursue an initial public offering amid last year's economic boom, and CEO Nick Schneider told Reuters in November 2021 that Arctic Wolf had started interviewing investment banks and was expecting to finalize advisers in the months ahead for an IPO, which Schneider hoped would take place in the second half of 2022.

But in February 2022, Schneider told SC Media that Arctic Wolf could consider options other than an IPO and couldn't comment on when the company's next financing move would take place. The Information reported in August that Arctic Wolf was in talks to raise $300 million in convertible debt from investors including Owl Rock.

"The market right now is in an interesting position, so there's not a willing dance partner there for an IPO," Schneider tells ISMG. "When the market turns around, I think Arctic Wolf will be in a position to make a decision as to whether or not that's the right timing for us."

From America to the World

Arctic Wolf plans to launch in Australia and New Zealand by the end of 2022 and expand from there into Asia, Schneider says. This comes on the heels of Arctic Wolf moving into Canada and Europe over the past 12 months with personnel on the ground to provide in-country service. The need for security operations is even greater abroad due to a more limited selection of vendors for customers, he says (see: Looking Beyond Silicon Valley for Cybersecurity Talent).

The United States still accounts for the vast majority of Arctic Wolf's business, but Schneider expects international operations to grow as a percentage of the company's total revenue over time.

Arctic Wolf has doubled its headcount over the past 12 months to more than 2,000 employees thanks to the company's global expansion. That's in stark contrast with other late-stage security startups such as Aura, Cybereason, Deep Instinct, Lacework, Malwarebytes, OneTrust, Snyk and Transmit Security, all of which have carried out layoffs since May due in large part to the IPO market drying up.

Schneider says Arctic Wolf's pace of employee growth will likely slow in the year ahead thanks to the efficiencies of scale. The company's hiring has been across the board from research and development to sales and marketing to general and administrative functions, Schneider says.

"Arctic Wolf is in a really strong position," Schneider says. "I think that's evidenced by the size of the investment as well as the investors that have been a part of this transaction. So I feel like we're in really good shape."

OnDemand Panel Discussion | Securing the Open Door on Your Endpoints

An Insider's Secret to Selecting the Best Endpoint Management Solution 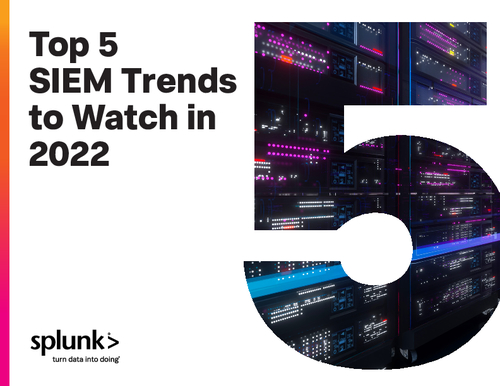